Strong personal message to Kejriwal from an old friend

A defeat deals a body blow to arrogance and makes the mind ready to reflect. So, the timing is appropriate.

I am addressing you as your former friend and colleague who believes that AAP can still be salvaged and become the party for alternative politics. I am reaching out to you because my agony is not just mine; but of lakhs of volunteers, donors and supporters. 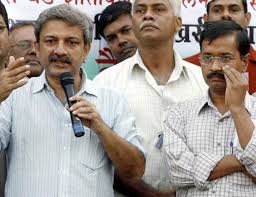 We have known each other since 2003, when I was part of Annaji fast-to-death in Mumbai for the RTI etc. You have been my hero first, friend next and politician later.

Let me address the hero first

I remember how you convinced me to get out of my spiritual pursuit and lead the IAC movement in Maharashtra when we met in Nov 2011 in a conference hosted by Bhagwanji Raiyani in SP Jain Institute, Mumbai. In spite of my reluctance, you announced my name. I respected you too much to decline.

I remember in mid 2012, when we both were travelling in an auto in Aarey Colony that you told me to quit my job so that I could give full time to the Anna andolan. In spite of my precarious financial situation, I quit my job. 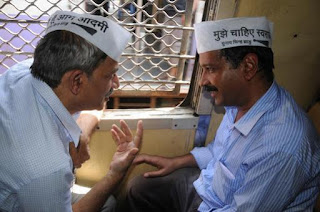 I remember we used to discuss idealism in politics till late in the night whenever you stayed with us. My daughter, who was part of those discussions, got inspired to become an IRS like you. So, not just me, my entire family believed in your ideals.

I remember that you sent Manish Sisodia to study the experiment that we, in Mumbai, were working on for a citizen consensus candidate for Juhu in 2009. We both were working on creating a model where political candidates could be elected without using money, muscle or divisive agenda i.e. without use of caste, communal, criminal or corrupt practices.
That was exactly what AAP attempted in the 2013 and 2015 Delhi elections, successfully.

I remember how we used to speak for hours about how the personality or high command driven politics of India was destroying the nation– be it Cong or the BJP or the Thackerays or the Laloo, Mayavati and Mulayam. You hated that, then!

When I announced from the stage that you will remove the tubes if you were force fed during your Jantar Mantar fast, there were tears in my eyes along with many others in the audience.

When I came to meet you in Delhi during your fast for electricity your health and determination completely shook me up. You refused to compromise. You would rather break than bend. Millions like me admired you and were willing to even give up their lives for you. You were our hero. Where is that Arvind? 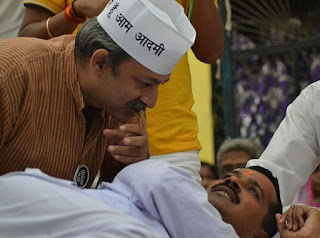 In 2014 you resigned as CM of Delhi hoping that there would be immediate re-election and that AAP would sweep back to power on the back of 49 days of good, intense work. But BJP and Cong delayed the election and Modi swept to power in Parliament. To the worry of myself, Prashant Bhushan, Yogendra Yadav, Prithvi, Admiral Ramdas and others – you started pushing all senior members to agree to form government with the Congress. We refused. You were really furious with us. You were still my hero, but by now I was getting worried with the way you were operating.

Then the 2015 Delhi elections were announced. While you had around 5000 volunteers from Delhi working part-time with the candidates; I was part of the leadership of over 6000 volunteers from all over the country, campaigning full time for more than a month. The silent volunteers, the trusting donors, ardent supporters, tele-callers from Rural India to Global Indians contributed and even Yogendra Yadav who was our Chief Spokesperson contributed for AAP victory. What looked like a possible 15-20 seats to AAP suddenly became 67 seats. 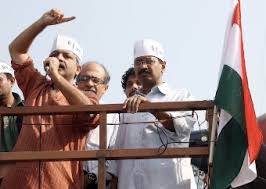 This is when you made THE classic mistake. You took the complete credit and felt that the support of the nation was for Arvind Kejriwal, the person. You assumed that you were the pied piper whom people were following, but in fact it was the music of a new political culture that had people enchanted.

Arvind, the unselfish hero who would never compromise, was dead. In his place was a politician who wanted to manipulate that support to fuel his ambition to become a PM in 2019. You and your coterie decided

1.     You will be CM but not take any portfolio and focus outside Delhi trying to create a mahagatbandhan to challenge the PM, with you as the face.

2.     Use the MLAs and senior functionaries outside Delhi to try and win more states. The lack of governance in Delhi due to this fallout was to be blamed on the LG and Central Government.

3.     Erase the difference between private and public money. Use public money for personal advertising, personal expenditure, fly First class, fight personal cases and whenever this gets questioned – point fingers at other parties.

4.     Win at any cost! If Swaraj comes in the way – throw it away. If appeasement works – do it. If caste politics gets you the votes – embrace it. If too many questions are asked – remove the donation list. If money is required, sell seats. Power is more important than principles.

5.     Project Kejriwal as a strong leader. Personally attack Modi at every instance so that you would appear like a daring contestant and be able to create a vote bank of anti-Modi votes.

6.     To further look like a strong leader, remove anyone and everyone from the party that has a differing point of view. As Ashutosh told me – there should be one voice only in the party and anyone opposing should be dealt in a manner that would give a message that this party deals summarily with anyone who opposes the supremo.

As a part of the above strategy, you began by removing Yogendra and Prashant from the party with the worst possible humiliation.

When I was told that there was a gag order on informing the volunteers outside, I asked myself, “What would the real Arvind Kejriwal have done?” He would have listened to his conscience. So I did. I had to inform the lakhs of AAP volunteers about what happened in that crucial meeting, in spite of the gag order. I had the courage of conviction and was ready to be removed from the party. For me, Truth was non-negotiable.

You took time to remove me. And in spite of repeated requests to not punish the superb Maharashtra team to spite me, you threw out the entire Maharashtra AAP committees down to the lowest rung in Oct 2015.  Can Modi or Sonia remove an entire State team with just an edict? We have out beaten other parties with our arrogance and internal politicking.  The other day, a young volunteer with tears in his eyes from rural Maharashtra asked me, “What is our fault?” What do I tell him, Arvind? Why was he removed?

Personally, I have closely seen my friend, hero and someone as precious as you become so vicious and ugly because of hunger for power. I have now become afraid of power. That is why I did not join any group or party after you removed me from the primary membership of the party using the dirtiest and filthiest falsehood.

I remember in one volunteer meeting in Santacruz where we had a public argument. You felt that we should not give any importance to volunteers, they were just tools. I publicly contradicted you saying that these were some of the finest humans who had sacrificed for the nation. They are NOT pawns to be used–and-thrown.

Look around you almost all of the original volunteers who had left everything to join for the principles have been removed, quit or are inactive.

In our scheme of things our volunteers were supposed to be the primary unit of the party so I ask on their behalf. How did you select Ashutosh, Ashish Khetan and others in the national team? Why has no internal election taken place? When is the donation list coming back on the website? Who is accountable for the loss in Punjab, Goa and now Delhi, were the volunteers asked or informed? The questions are innumerable but let us ask with these basic ones.

You took complete power by becoming convener as well as CM of Delhi. How much more power do you want before you start delivering alternative politics?

In your pursuit for power, you have betrayed my beloved nation. You have messed up the life of millions who followed you. They gave you complete power –made you convener and CM. Delhi gave you 67 seats just two years back. What more do you want? I do not know whether you know the reality or are living in denial - but are a very unpopular man in the country. If you do more drama, then it is going to get worse and we cannot afford that.

Dear Arvind, I have seen you turn 180 degrees from what you were. After your complete rejection in Punjab, Goa and now in Delhi, can I expect you to introspect and make another 180 degree turn? Abandon the agenda of wanting to be another BJP and Cong. We had come to fight them not become another version of them. Follow our original agenda that might get back the respect and credibility that you have completely lost with your foolish and vote bank oriented comments.

Do you have the strength, integrity and love for the country to genuinely reboot? With all humility, can I request you to let go of your arrogance and ego for the good of the country? Remember nation first, party next and individuals last.

The country needs heroes. Are you one? The battle is between your Ego and the nation. What will you choose?

My video message in English https://www.youtube.com/watch?v=wCvURBO035c&feature=youtu.be

Posted by mayank gandhi at 9:17 PM 82 comments: Links to this post