While she was staying in a slum in Mumbai, her son stays in Manglore. He could not come to see his ailing mother but sends 3000 rupees per month for expenses. She took 1 chemotherapy in Pune but it cost around Rs1,00,000 which she paid with help of relatives & her Community.

Our volunteer Suresh Acharya followed up brilliantly and accompanied the patient everywhere and helped till the end. Thanks Suresh.

Malati has been admitted to Hinduja Hospital as an Indigent patient after the intervention of Nation First. She will be getting 8 chemotherapy treatments (worth Rs. 1,00,000 each) of around 8,00,000, completely Free. So happy.

Prasanna stays in Sindhudurg, father is a small farmer who earning is not fixed and mother is housewife.

They went to Wadia Hospital however doctors in Wadia hospital did not take up the case for surgery because they felt that it was a very high risk one. He was taken to Kokilaben hospital who also felt the same and said that this surgery should have been done when the baby was one month old. However looking at the life danger to the child, they have agreed to operate

Nation First requested Kokilaben Hospital to admit the patient as an Indigent patient and treat him free of cost, to which they have agreed.

And while admitted as an Indigent patient, the family has also been asked to approach the CM Relief and other charitable Trusts, as the hospital claims it is running a negative balance in their IPF account.

On 8th of December baby got admitted and on 12th of December, the surgery was successfully completed.  We all sighed with relief. A life saved and a family saved too. Thanks to all the doctors.

Our dependable and best volunteers, Rahul and Mitali made this possible. What a fabulous team.

She was shifted to Nanavati. Her HB dropped to 4 and she was critical. Hospital authorities performed immediate blood transfusion and corresponding treatment. Hospital gave an estimate of 184000 rupees.

Rajani’s husband is unemployed and annual family income is just 65000 rupees.  Our volunteer Sonia Punjabi coordinated with her mother on behalf of Nation first. On our request, she was treated as an indigent patient in Nanavati, free of cost. She was discharged on 11th, hale and hearty. Thanks Sonia.

4) Wahab Shaikh - Age - 32 - Charitable Hospital (Work in Progress)
Suffering from a Dual stricture in a urethra.

He did his test in K. J. Somaiya Hospital but his treatment is not cover in MJPJAY. then we referred him to Lilavati Hospital.

We are waiting for documents and will get a date for an admission. Shrinivas, our sincere volunteer is following up.

In the past week around 12 calls of new cases were received through which we have informed about this Schemes. 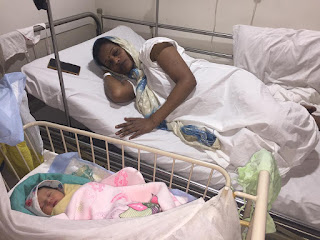 Posted by mayank gandhi at 5:55 AM